About the University Rector,s Speech 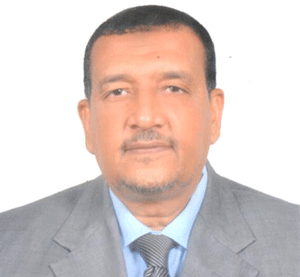 In the name of Allah
Alandalus University for Science and Technology has been keen since the beginning of its scientific career to be a distinguished scientific and academic edifice and to be a qualitative addition to the path of scientific, intellectual and cultural life in our country, raising the slogan (the full value of education), and looking towards a better tomorrow and a prosperous society.
If the journey of a thousand miles begins with the first successful step, the university has started its march since 2003 with firm and steady steps and a high steadfast spirit, through ambitious scientific and teaching programs and plans based on everything new and developed in the world of human knowledge. These programs and plans are based on scientific and academic methods as well as modern and contemporary educational theories in harmony with our original Arab culture and traditions, and with the spirit of the teachings of our Islamic religion and its tolerant law. The university also depends in implementing these programs and plans on a group of distinguished teaching staff in various scientific disciplines.
In order for the university to keep abreast of all that is new in the world of knowledge and the world of rapid changes in our time ... the era of scientific and technological progress; it is constantly working to develop its programs and teaching plans in accordance with a scientific methodology guided by the standards of quality and academic accreditation. The university has reached an advanced level in this field, which has been attested by the scientific and academic references and the concerned official institutions in our country, in the undergraduate and postgraduate programs.
In the field of postgraduate studies and scientific research, the university has granted and approved many master,s theses in various scientific majors. Today, the university is seeking to achieve a qualitative leap in the doctoral program in some of these disciplines, as a contribution to the development of the scientific and academic infrastructure in our country. This goal is meant to support the wheel of construction and comprehensive development on the basis of scientific foundations that assimilate with contemporary human theories and experiences.
In order to enrich the academic reality, mature the different fields of knowledge, and develop the fields of studies and scientific research, the university has been always establishing a systematic program concerned with holding annual scientific conferences that deal with, via research and study, various scientific disciplines related to the issues of our Yemeni society and its development and progress.
The university also works, through Alandalus Center for Research, Consultation and Translation, to activate its scientific and practical role in providing the appropriate climates for research and study in various scientific fields through scientific seminars, scientific discussion sessions, and publishing composed and translated books, and through consultations in various fields, to achieve its mission and scientific role in development programs in our country.